Since it’s Valentines Day, it seems appropriate to post something related to love.  While I enjoy this sweet holiday and typically celebrate with my hubby, I don’t always do a lot of decorating for it.  This year, however, I put up something that works for Valentines but will last all year too!

I’ve been wanting to put some giant zinc letters like these from Anthropologie above our master bed for a while but could never find exactly what I wanted in person and didn’t ever bite the bullet and pay for shipping said giant letters. 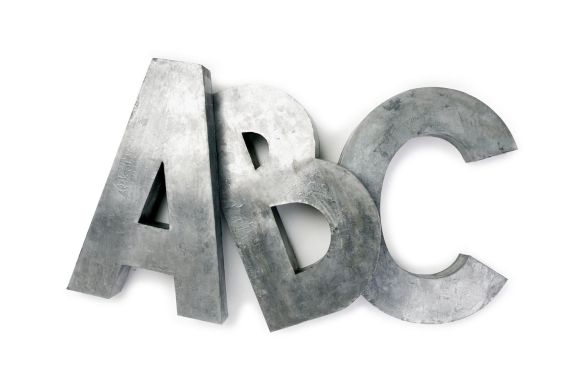 A while back, I found a few different tutorials for how to make them…all of which seemed very easy and much less expensive than ordering custom ones.  So, I went for it.  It was super simple, cost about $25, and turned out fabulous! 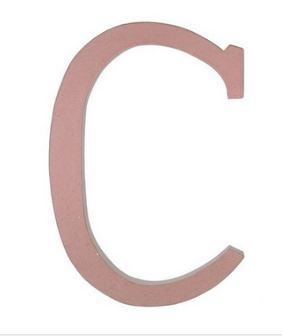 Then, I painted them with Martha Stewart’s metallic craft paint in Sterling (color number 32128) from Michael’s.  Each letter took 2-3 coats (be sure to let each coat dry before adding another).  I think each bottle is around $1.25, so it’s less than $1 after using a coupon.  1 bottle covers 3 letters completely, so I had to buy a second bottle for the 4th letter.

Here’s the finished product.  What do you think?  Definitely makes a statement, right?! 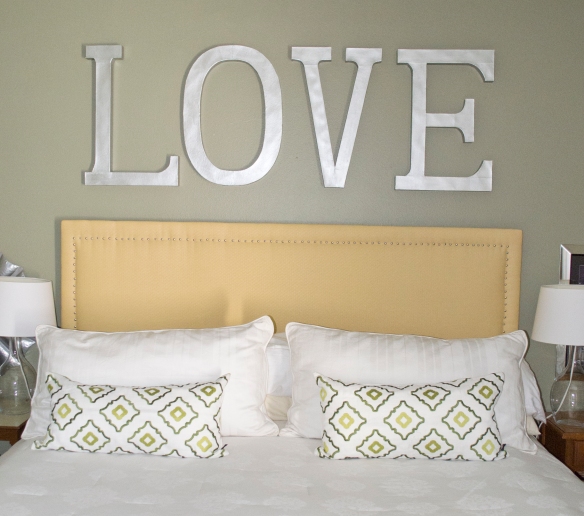 It’s Valentine’s Day!  Are you the type of person who goes all out–flowers, candy, chocolate,and jewelry…maybe even making your sweetheart a special dinner or gift?  Or are you uninterested in the hype?  Is your philosophy that “Valentine’s Day was created by the card and candy companies” and you don’t give it a second thought?

I’m in the middle, I guess.  I enjoy an excuse to celebrate and love to spend time with my hubby, so I have no problem with Valentine’s Day, but I don’t go overboard and am ok if we don’t do gifts or anything crazy…a nice, quiet dinner is good.

We celebrated Valentine’s Day early this year and enjoyed a yummy meal at Bonefish on Saturday, so tonight will be pretty quiet.  But, if you’re celebration is only just beginning, I’ve come up with a few fun elements for your special time. 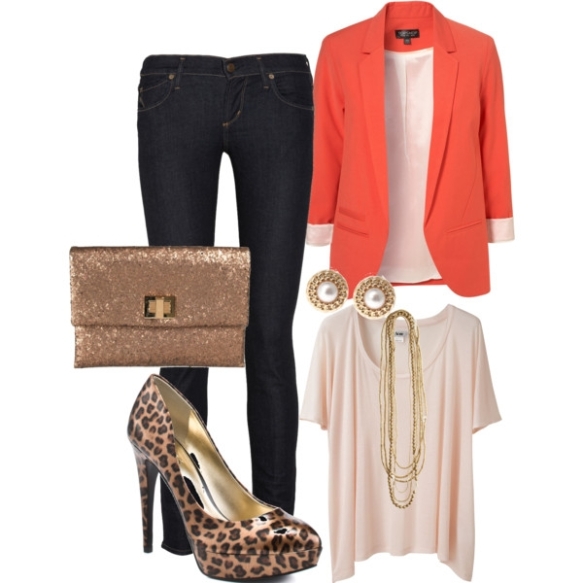 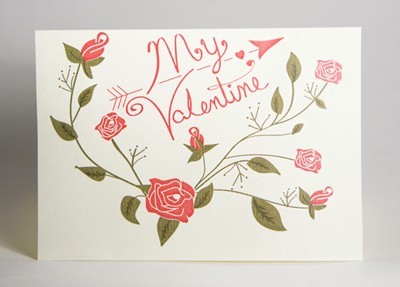 you can download this one for free at Ruffled 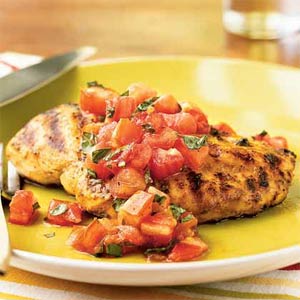 you can get the recipe HERE

Have a wonderful Valentine’s Day!!

I’m realizing how easy it is to make a number of yummy food items with crescent rolls.  If you haven’t tried Andreas yet, be sure to check out the recipe HERE.  They’re yummy sausage and cream cheese crescent rolls that I usually make for Thanksgiving breakfast and they’re super easy.  I guess that post should’ve been titled “the crescent roll chronicles: part 1”, but I didn’t think of it at the time…although, it does explain why this is part 2!

Part 2 of the crescent roll chronicles is another super easy crescent roll recipe for cinnamon rolls found via Pinterest from HERE! 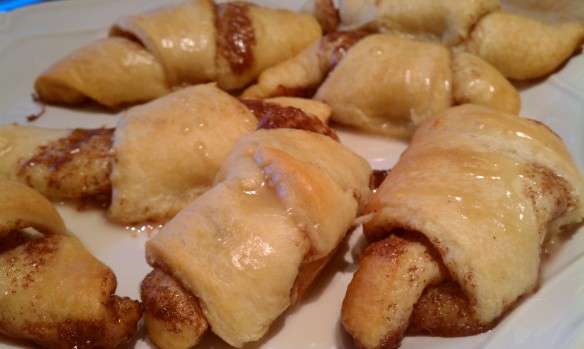 2 tblspns of milk or water

Mix sugar, butter and cinnamon together until it creates a paste like this… 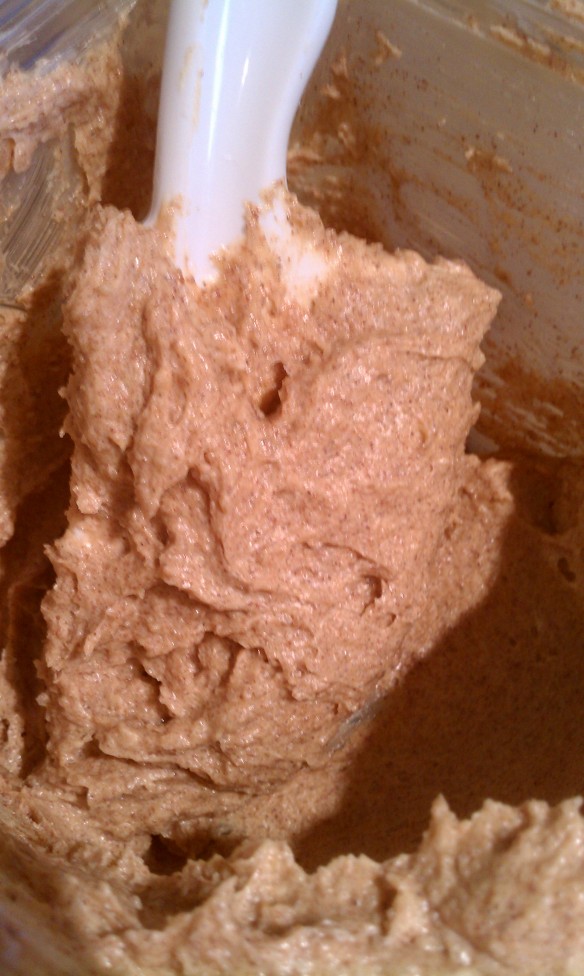 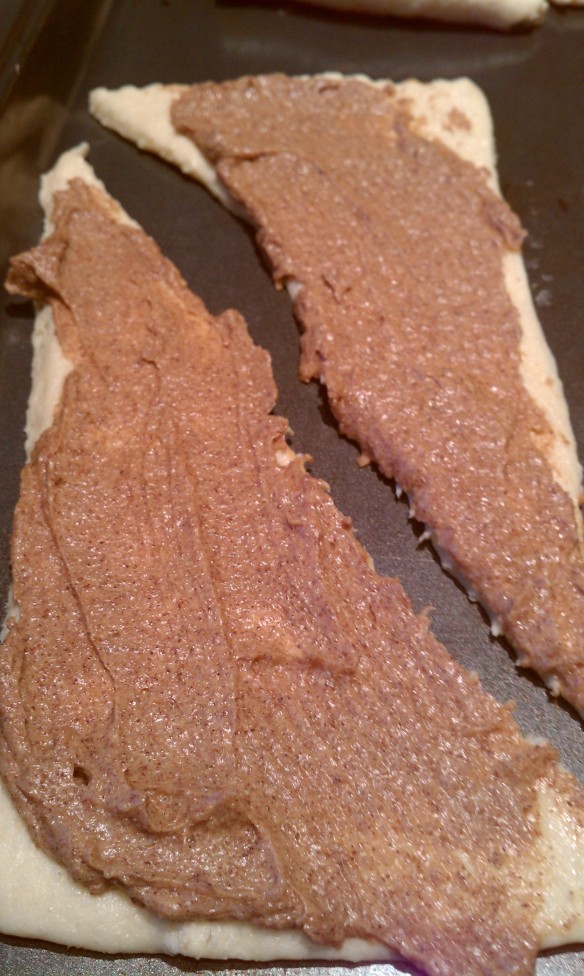 Roll up (wide side, first) 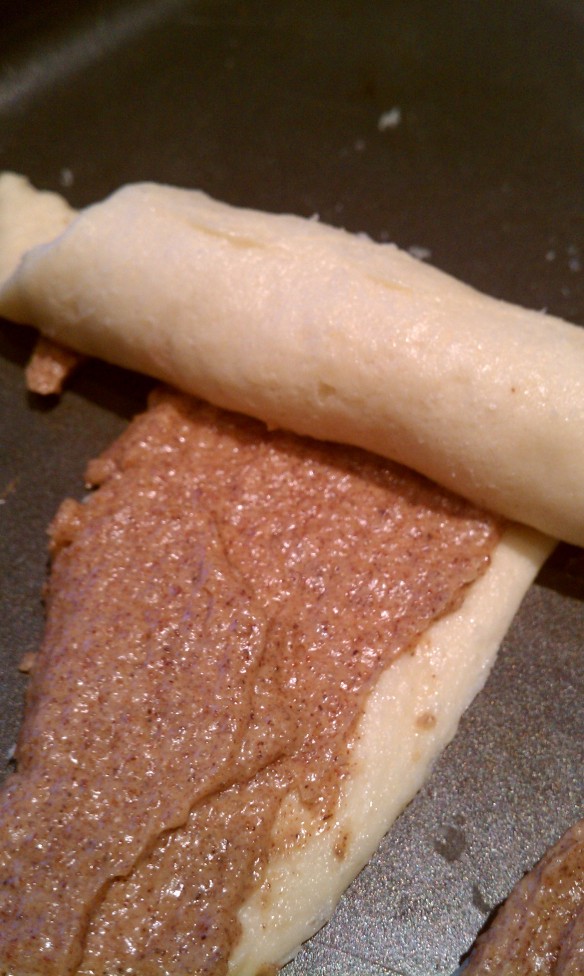 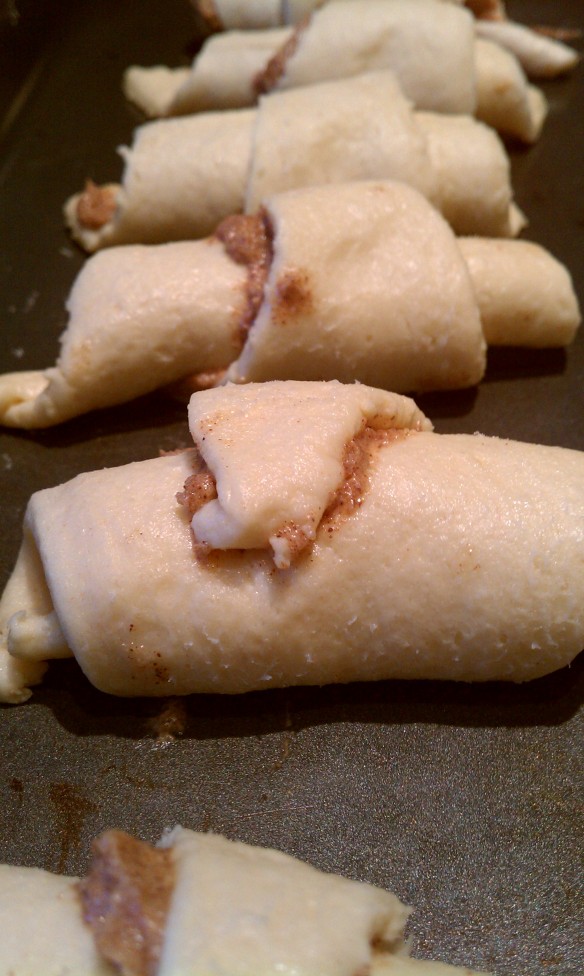 (*Note: either grease the pan or bake on foil because the cinnamon filling does ooze out and caramelize onto the pan!) 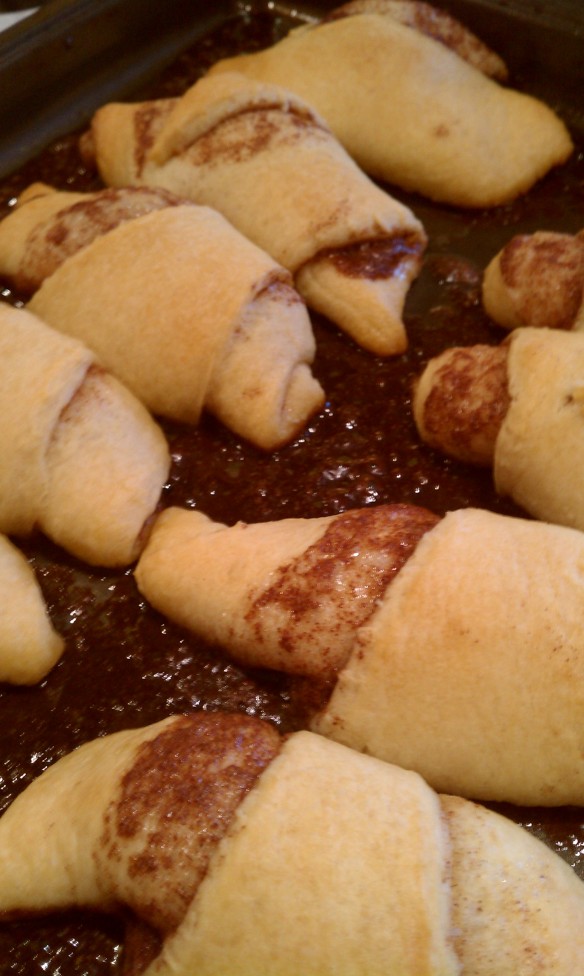 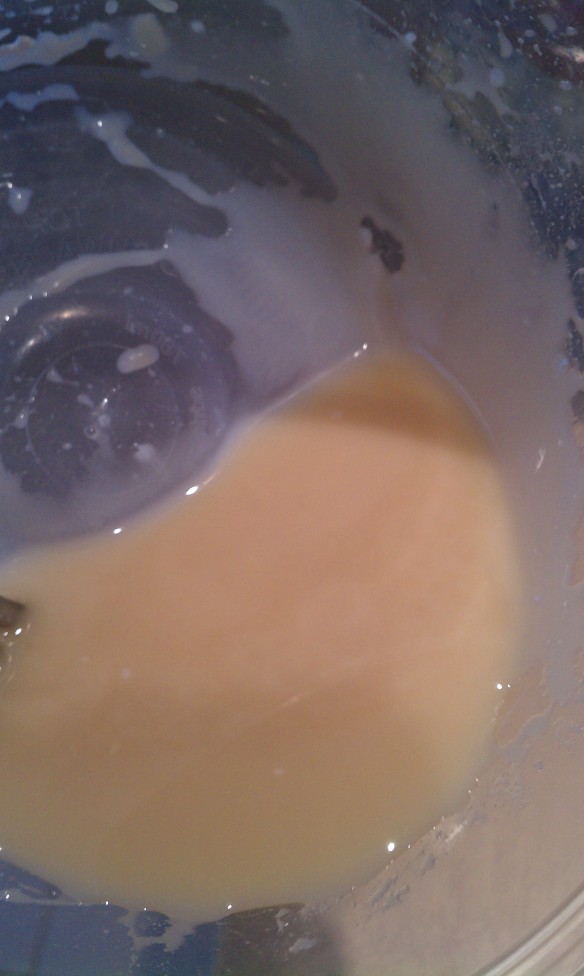 Drizzle glaze on top of cinnamon rolls after they come out of the oven. 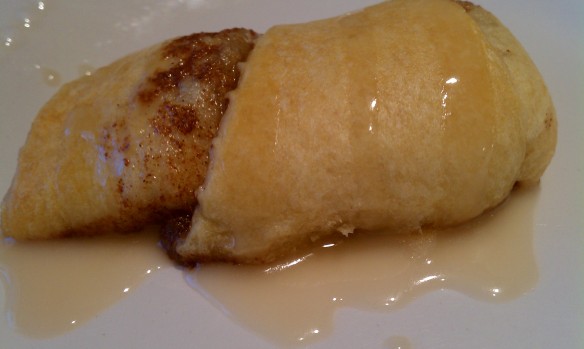 Yummmm!  They’re so good. Let me know what you think!

On another exciting note (yes, cinnamon rolls are exciting), Asa’s faux bois rug came in this weekend.  His reading/play nook is now complete! 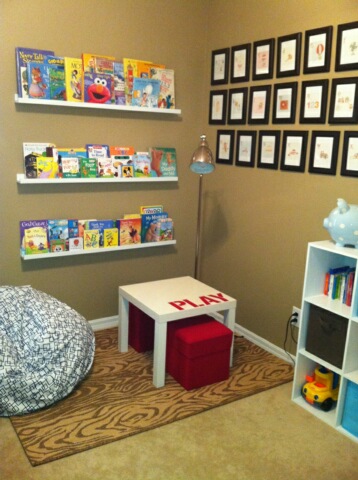 And finally, Ez over at Creature Comforts posted the February printable calendar.  Be sure to download yours HERE–they’re the cutest! 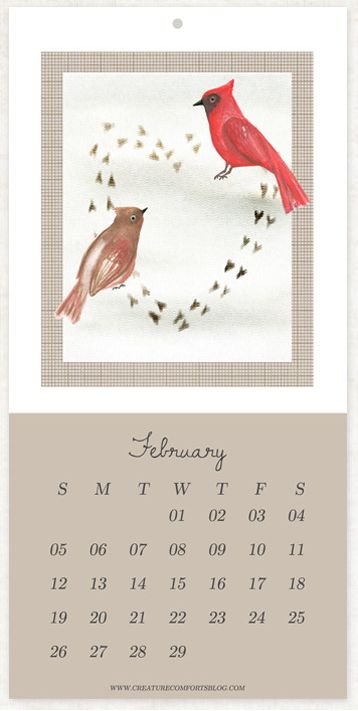 P.S.  Don’t forget to look for my post on Wednesday at Dr. Mommy Online!

P.S.S.  Did you watch the Bachelor last night?!  Ugh!  Courtney…

It’s February!…which means Valentines Day is just around the corner.  Yes, I know, it’s a holiday created by the card and candy companies but it’s still a good excuse to show some lovin’.

I found this great website on Pinterest {where else?!} that has a bunch of great Valentines Day printables–everything from cards to art prints to sweet little love notes. 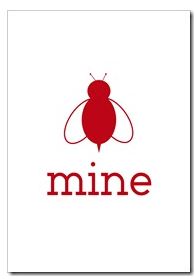 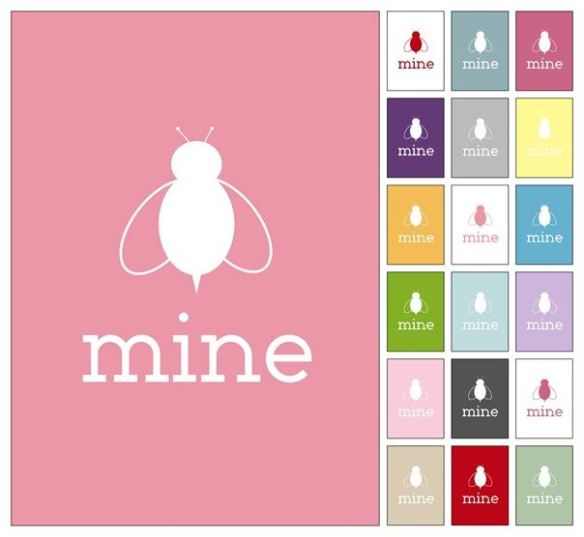 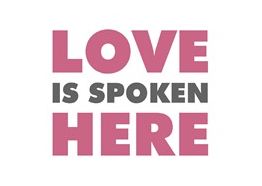 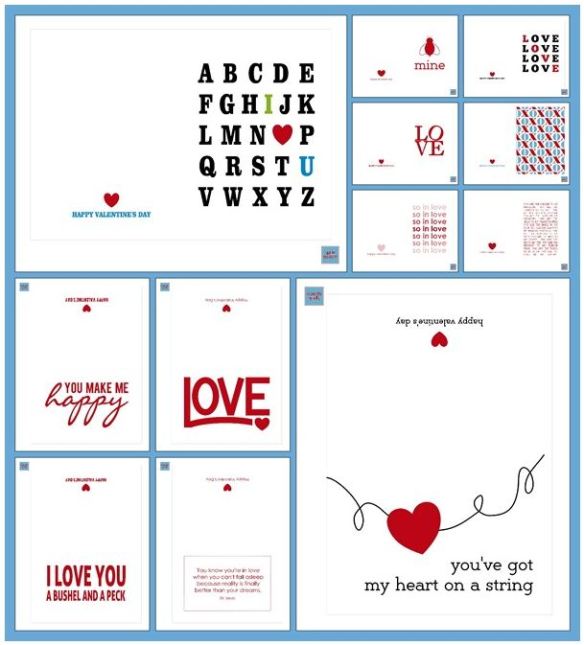 Check out Sprik Space to download yours for FREE!

On another note, it’s time to change your desktop calendar.  Be sure to visit Smashing Magazine for all the new February designs.  They’ve got some good ones!

And finally, DON’T FORGET!  The giveaway for the Bloomie from Little Blue Prints (now called Winder & Main) ends tomorrow at midnight!  The winner will be announced on Friday, Feb. 3rd–don’t miss out!

Hi, I'm Jenna! I am an Interior Designer in sunny Florida and I love all things creative and clever. My blog Everyday Clever has recently received a much needed update and is now Bungalow--I'm so glad you're here! Bungalow is all about merging beauty and budgets so we hope you'll stick around and let us share some of our tricks with you!